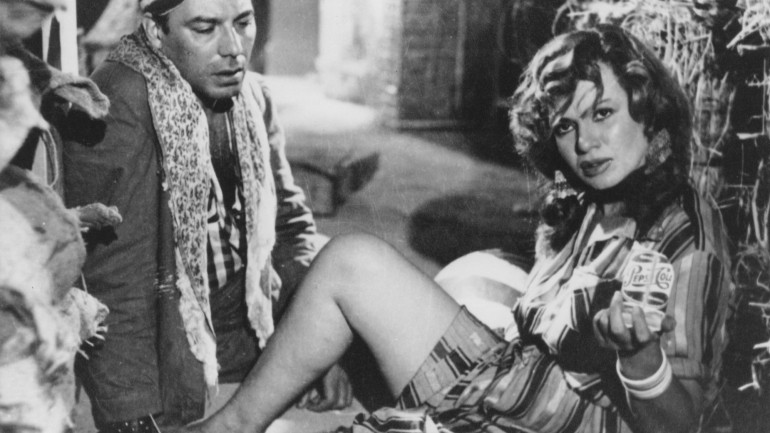 An opportunity not to be missed as the Arab Film Festival inaugurates the new retrospective series with the legendary Cairo Station from 1958. Youssef Chahine received international recognition when his masterpiece of the sexuality, repression, madness, and violence amongst society’s marginalized was screened at the 1958 Berlin Film Festival, nominated for a Golden Bear.

In Cairo Station, two populations briefly intersect: those passing through Cairo’s grand urban train station and those who live and work there. Among the latter is Kinawai, a crippled newspaper man (played by the director) who becomes increasingly obsessed with Hunuma, a beautiful young woman who sells drinks and is engaged to one of the station’s respected luggage-carriers. Mixing comedy, tragedy, and musical elements, Chahine’s controversial tragicomedy is an examination of the latent desires and violence embedded in Egypt’s social stratification.