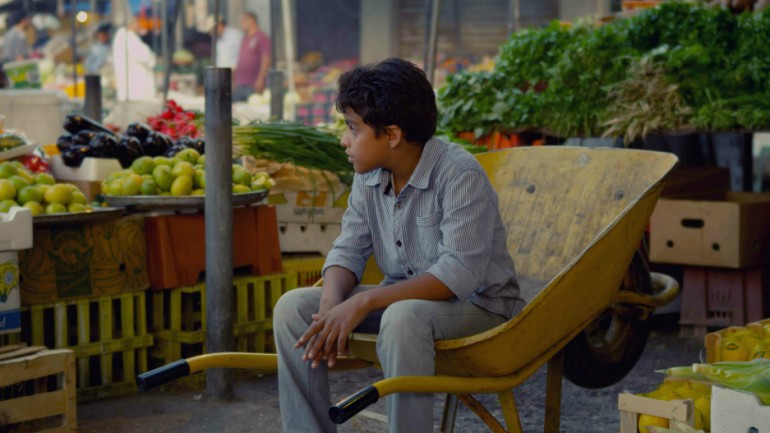 A boy works his afternoons at the local fruit and vegetable market carrying groceries & delivering produce. He’s always searching for a quick buck to be made. An opportunity arises to make some ‘serious cash’ by trying to milk a small goat at a nearby pen.

Saleh Nass is a filmmaker based in the Gulf. His previous award-winning short ‘Lu’bba (Game)’ was Official Selection at over 20 festivals worldwide, including Slamdance 2013. He writes, edits, directs and produces and co-runs a bustling production house in the Kingdom of Bahrain.