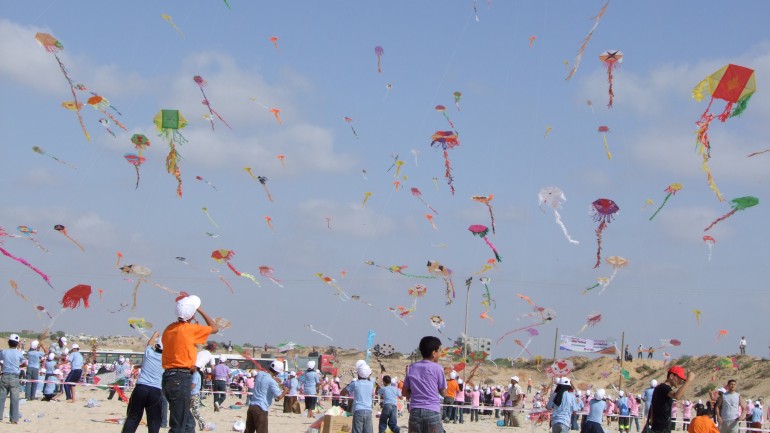 Flying Paper is the story of Palestinian children in Gaza engaged in the culture of kite making and flying. The film follows Musa, a charismatic teenaged kite-maker in the village of Seifa, and Abeer an aspiring young journalist in the Jabalya refugee camp. They join a quest, along with thousands of other children, to shatter the Guinness World Record for the most kites ever flown. It showcases the creative resilience of these children making and flying kites despite the difficult realities they face in their daily lives. This unique documentary includes hand-made animation and has been co-produced with young Palestinians in Gaza trained by the filmmakers through a youth media program called Voices Beyond Walls.