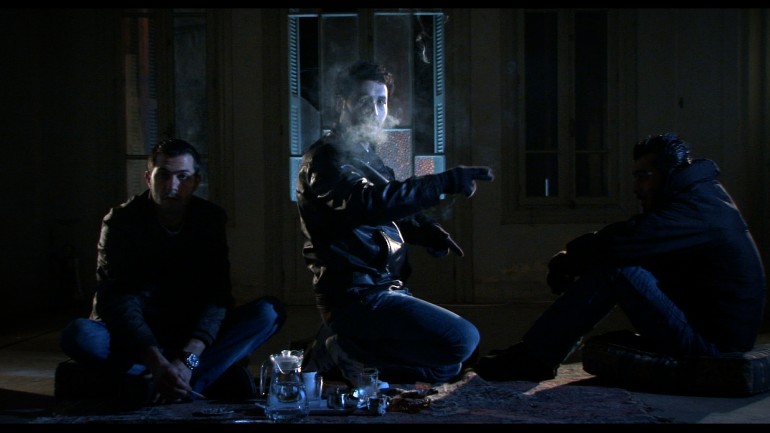 It has no borders but through them. They are at once the street’s security cordon and it’s ticking time bomb; their bodies are an extension of its tattooed walls. They are a group of marginalized young men known as the “thugs of Al Lija”. They define the features of that chaotic neighborhood in Beirut, and reveal a mysterious world which carries within its folds the particular complexities of social and political realities in Lebanon.